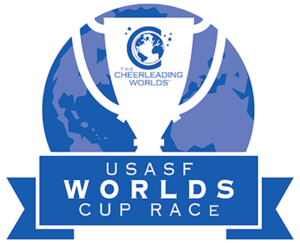 All Level 6 and 7 Teams entering one or more approved USASF Tier 3 Member Events (declared and approved as USASF-Sanctioned National Championships) will receive points based on the size of their division and placement rankings. At the end of the season, the Level 6 and/or 7 Teams with the highest point totals, will win 3 Paid Bids and 3 At Large Bids to the 2021 Cheerleading Worlds.

The system will automatically calculate the points for each team. Points are calculated based on ranking and number of teams in the division. There will be a maximum of the 5 highest calculated scores per team. At the end of each week the current standings will be available to see on the USASF website.